Located in the heart of Seoul, Sookmyung’s International Summer School is the ideal environment for multi-cultural discoveries. From enriching field trips to Gyeongju’s Buddhist temples and to the entertaining performance of NANTA, my three weeks at SISS is an unforgettable experience that forever changed my life.

Not only did I learn a lot about myself through others, but I learned about the beauty of the people and culture of South Korea both in and outside of the classroom. SISS is a truly unique experience that produces bonds that will last a lifetime and I can’t wait to return! 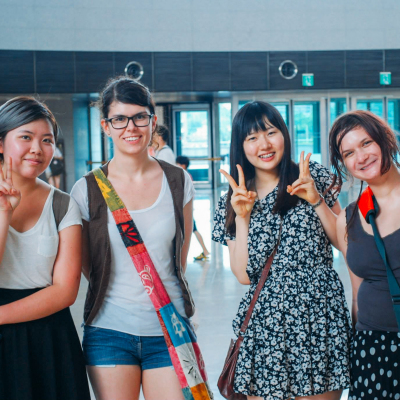 Attending the Summer Program at Sookmyung Women’s University was an experience that is priceless. I enjoyed the environment around the campus and making friends from other countries. The University’s buildings are beautiful and it is located in Seoul, the Soul of Asia!

You wouldn’t want to miss an opportunity to study here!

From the folk village to theme parks, eating octopus, and attempting to teach us how to bargain

– our adventures reflect two culturally different girls from different countries getting along together and not only in harmony, but with much fun and excitement. 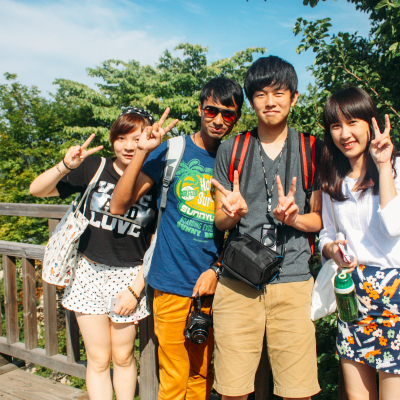 Everyone was busy taking classes for 3 to 6 hours everyday during three weeks but also took time to make the most out of their summer in Korea. Some climbed mountains, some went to the 63 city building or the Seoul Tower for a view of Seoul, some went on to the Han river cruise and some visited palaces in Seoul. Summer 2010 was particularly exciting because of the World Cup games. South Korean team made to the 2nd round and some went to the World Cup Stadium in Sang Am Dong at 3:30 a.m. to watch and cheer with South Koreans. The buzz around the city about the World Cup was phenomenal!

I had a great time during this summer as an exchange student in Sookmyung Women’s University. I have made a lot of friends. We studied Korean language in the morning, and had Korean culture discussion, learned Korean popular songs from Sookmyung’s volunteer student in the afternoon. On every weekend, SISS 2 have many activities, such as visiting Korean folk village, fieldtrip at Eco-Island in Tongyong city, and many more. I had a great time at Sookmyung and hope I can come back!

I was fascinated by the attraction of this SISS 2 program and, in particular, of the buddies. On the first day, we had an orientation to know more about Korea, Sookmyoung University and our buddies. The buddies were all kind and passionate to guide us while we were in Korea. Their help was a lot for us! Overall, the programs of SISS2 were all great? 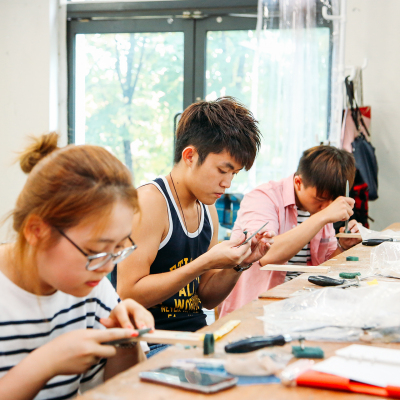